From Phe, after struggling with the internet, I set off in the late morning for Phe. There was no rush as it was meant to be just a simple ride back to Phe, via a couple of monasteries, to meet up with the Global Himalayan Expeditions team that was due to arrive in the late afternoon.

First stop was Sani Monastery, and just in front of it, the Holy Lake of Tuthot. The lake is formed by dozens of springs that jet water straight out of the hillside. On the far side of the lake was an enormous statue on Buddha set in the grassy floodplain of the river. The stupa inside the monastery is presumed to date back to the 2nd Century AD, the oldest stupa in Ladakh.

Continuing towards Phe on the south side of the valley, I then diverted 12km to see what I think is one of the most special monasteries I’ve seen, Zunkul. Set into a cliff high above the windswept valley, at an altitude of around 3900m, it was a serious side excursion to get there, but worth it. With winter approaching, this place will soon totally cut off from the world, as it is for half of the year. A monk said that this is optimum as there is little else to do except meditate and reflect.

The small cave / puga (prayer and meditation room) was particularly special. Set high up and half into a cave, the ceiling was lined with hundreds of coins, I guess were once offerings.

From there it was back to Phe to meet the rest of the GHE expedition. It had been an extra long day’s drive for them from Kargil. It was a large group – Paras Loomba, Jaideep, Gaegan, Stephanie, 18 expeditioners and a staff including guides, catering and several others. The rest of the group had been together for several days, acclimatising back in Leh and getting to know each other before spending two days on the road to get to Phe. The first thing I had to do was introduce myself to the group and try to catch up. We camped that night on a spare field in the village. 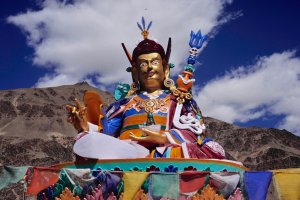 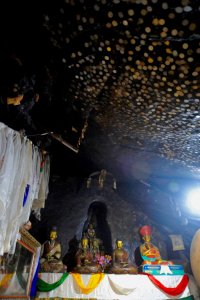 The aim of the day was to set up two Himalayan Innovation Centres in schools in Skiagam, a few kilometres from Phe, and then in Phe.

Skiagram primary school has 31 pupils. The very impressive 29 year old principal (who has a masters degree in education) decided to amalgamate three tiny schools to have a better educational outcome for all. The principal had options to progress his career in a larger place, but being from the region, he wanted to stay and

make a difference in his own region. In applying for GHE to provide the computers and RACHEL (wifi and education resources), he’d written a seven page essay as to why his school needed the Innovation Centre. 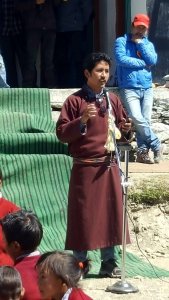 Not just the students and teachers were there to welcome us, but the whole community were involved. It was a big deal – after the installation, not only were the students keen to learn how to use the computers and virtual internet, but the parents were also inquiring whether they could access the technology perhaps after school hours. 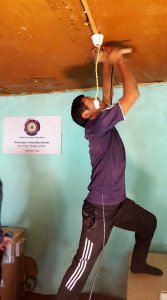 Stanzin from GHE wires up the new Innovation Centre

We were entertained by the school assembly and then singing/dancing performances by the students and women. 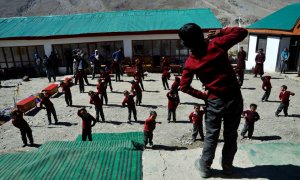 The afternoon was spent setting up the same technology at the larger Phe School. There was an equally enthusiastic welcome, great hospitality and rounds of performances from all age groups. It too was a great community event – the whole community was appreciative. After it was all installed, I gave a presentation to the older students and most of my GHE teammates in the new computer room. 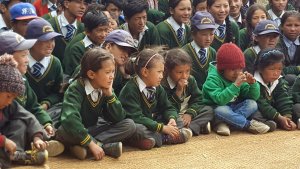 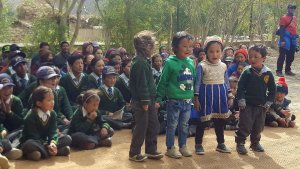 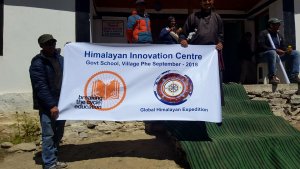 There was a fair amount to fit in one day, but we came away feeling it was incredibly successful and that each community was incredibly excited to receive the Innovation Centres as this is going to provide many more opportunities in a region often overlooked by the government.